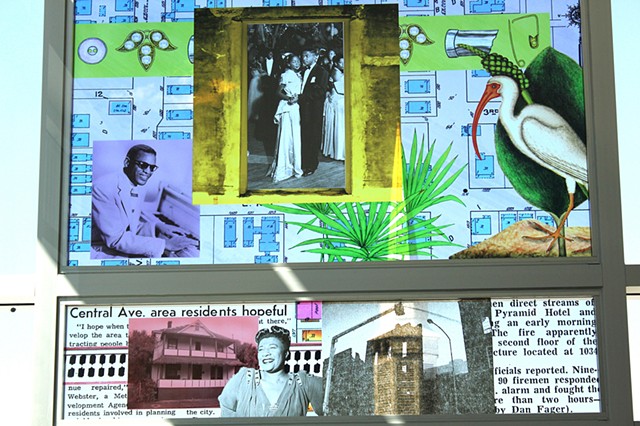 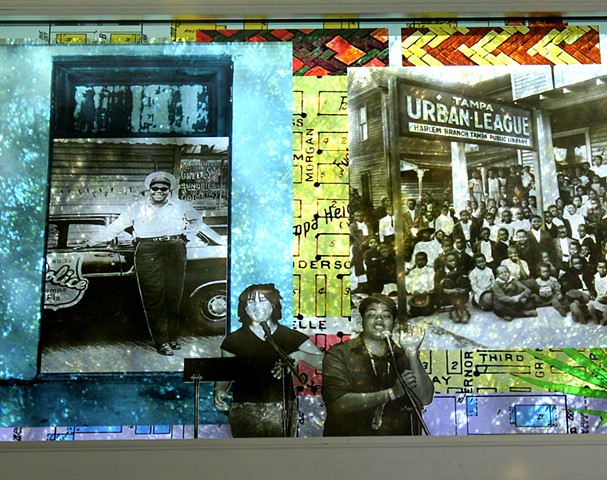 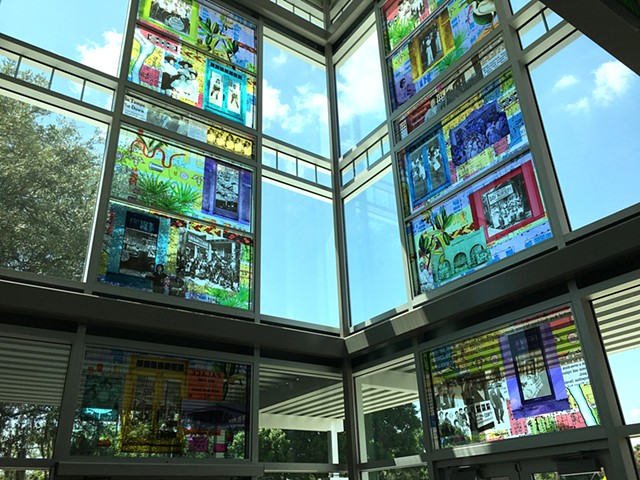 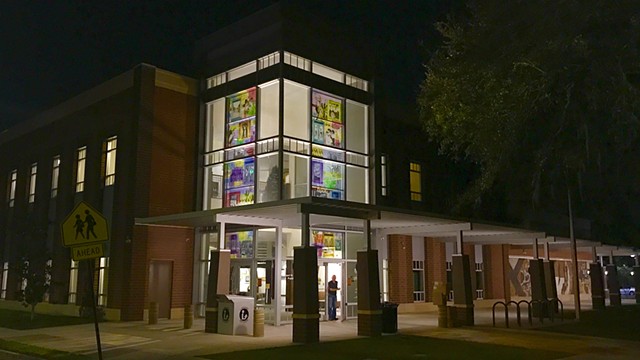 View from outside at night 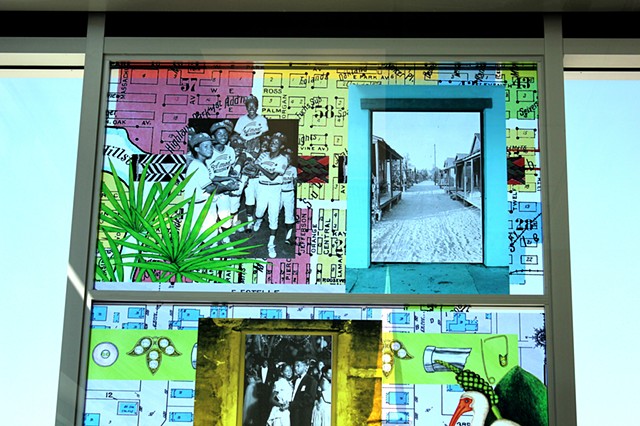 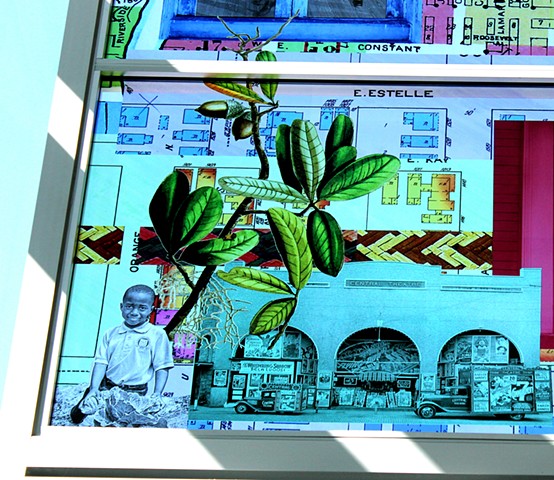 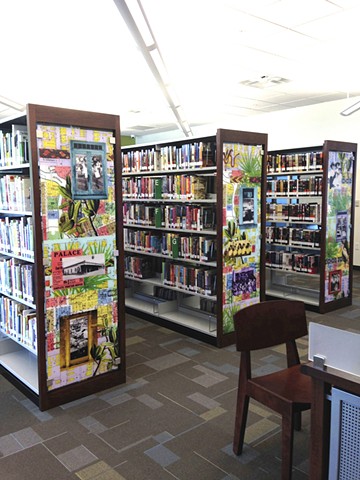 Library bookshelves with my window designs

The Robert W. Saunders, Sr. Public Library is more than just a library; it provides a wide range of library services while honoring the community’s civil rights history, which Saunders was a big part of. Saunders became Florida’s NAACP field secretary after the murder of Harry T. Moore and his wife, Harriette, who were killed by a bomb at their home on Christmas day, 1951.

Saunders continued with the NAACP and also served as Hillsborough County’s equal opportunity administrator. The library has important exhibits on Saunders and his work, and on the Central Avenue neighborhood, which was destroyed during Urban Renewal. With a recording studio to capture oral histories, interactive displays, and a special collections resource center for Black history and genealogy, the library celebrates civil rights and the important work done by Black men and women in the Tampa Bay area.

This was an extraordinary project for me. I did a great deal of research and met with many people. Doors figure largely in my design. I was thinking of how there were separate entrance doors for Black people and white people during Jim Crow. And about how libraries open doors into new worlds and ways of understanding our world and our place in it. I was also thinking about all of the Central Avenue area buildings that were destroyed, and the doorways of all those buildings.

I took photos of old doors, colored them in and then filled the open doorways with images from historic Central Avenue and the neighborhood. The doorways contain fragments of memories, leading us back into another time.

There are also contemporary photos, local flora and fauna, and textiles from West Africa and the Bahamas as a reference to places where people in the area had their roots. The backgrounds are Sanborn maps of the Central Avenue area from 1915, and they show all the streets and built structures.

There’s text from newspapers, and an archaeology strip which contains my drawings of artifacts that were found in a USF dig in Perry Harvey Sr. Park – a safety pin, a piece of jewelry, a broken bottle, and a button. It is a poignant reminder of what used to be there.

The panels were fabricated with FGD of Suwanee, GA. They are made out of tempered and laminated float glass, with direct print pigment and interlayer film. There are two windows, each 20’h x 75”w x ½”.