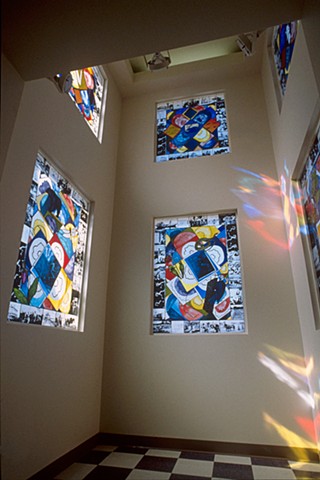 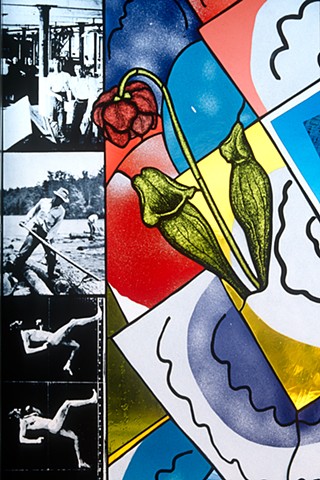 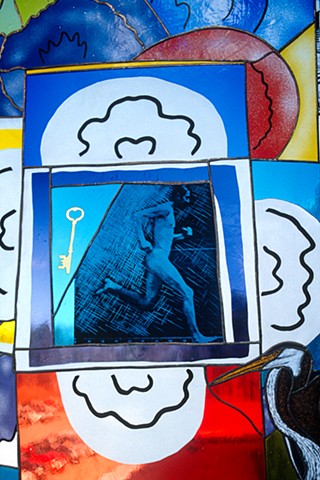 When I visited YCCC in early 2001, one of the strongest impressions that I came away with was that this is a place where people are on the move. Everyone I spoke with had a goal or destination. One young woman said "I can see my future at the end of the hallway and I'm running towards it." I felt a lot of energy and momentum, and that is what I tried to capture in my stained glass windows.

Each of the lower windows has a tilted quatre-foil, with arcs radiating out from it. At the center of this form is a dreamlike photo of a figure in motion. Two of the panels also contain keys, as a reference to all that the future holds. The colors are a combination of intense and pure, contrasted with a crumbly, muted effect. Overlaying all of this color are painted and fired plants or animals from the York County area.

Surrounding this section is a black and white border filled with photos and illustrations, mostly local photos of people at work. The border also contains YCCC motifs done by their own graphics students, and photos of people in motion by Eadweard Muybridge.